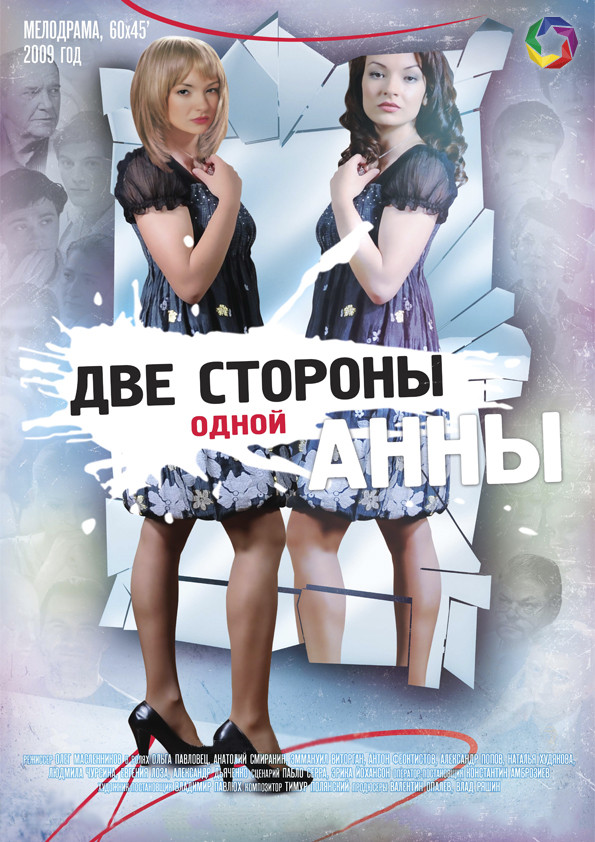 Two sides of one Аnna

Anna Shelyagina – a young girl, lives in the southern port city with her mother and brother Sergei. Anna studies as an economist, but in her heart she cherishes the desire to become an actress. She moonlights as a nurse with Valentina Ivanovna Pogrebinskaya, a wealthy and influential widow of a banker.

Anna’s brother is hit by a car driven by Victor, the irresponsible eldest son of millionaire Vladimir Danilov. Using his influence and money, Vladimir Danilov manages to “smear” him out of prison. In desperation, Anna and her mother are trying to turn to television and the press so that it would not be so easy for the police to launch the case of hitting the brakes. But Danilov’s money is doing its job – the press is silent. Danilov – the elder gives Viktor money and offers him to buy the silence of the victims. Victor does not succeed in this mission. In a fit of rage, and under the influence of fear over his career, he sets fire to Anna’s home, thinking that she and her mother are at home. However, in a fire, the mother of Anna and Maria, the bride of Sergei, die. Experiencing the life of Anna and Sergey, Valentina Ivanovna sends them to the capital, and Mary is buried under the name of Anna. For the whole world Anna Shelyagina died.

Dmitry Danilov, the average son of a millionaire, could not forget Anna, whom he met while listening to at a theater school. But Anna disappeared.

A year passes, Sergey’s condition worsens. And he is dying. Anna returns to her hometown and swears to avenge Viktor Danilov for her brother and mother. And he becomes a new person, determined to revenge. Changes the name. She becomes Anna Shelest, takes root in the Danilov family, in their company. Anna Shelest vigilantly follows Victor, searches and finds evidence of the crimes committed by him. She preys on him. But Victor is a strong, evil and unprincipled opponent. He feels the danger from Anna and begins to hunt for her. Anna rushes between a feeling for Dmitry and a duty to her dead family.

What will win? Revenge? Or love?