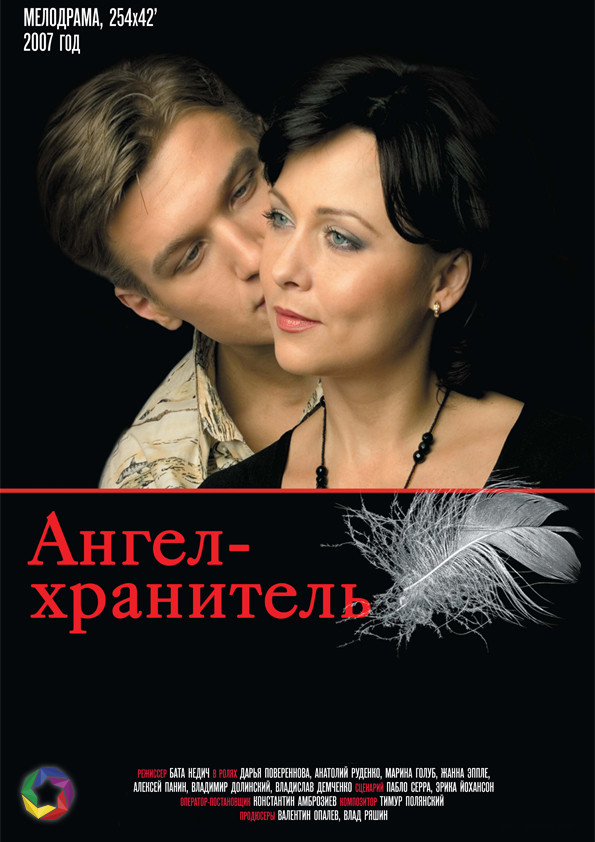 Grigory Krizhevsky returns to the city, where he spent his youthful years. His father, a famous art critic and collector, the owner of an old mansion, died under mysterious circumstances. However, Gregory is more excited about inheritance than the causes of the death of the parent. He hopes that the sale of his collection of paintings will help improve the affairs of the company.

Together with Krizhevsky, his wife Elena comes to the sea. She believes that a change of scenery, business prospects, nature and a new home will help solve problems in her relationship with her husband. The fact is that Gregory is a bright, strong, sensual person. He must follow his emotions, he wants passions, and Elena, trying to smooth out all conflicts and sharp corners, seems to him too peaceful, calm. Krizhevsky habitually flirts with surrounding women, and Elena has to turn a blind eye to this. She loves her husband so much that she is completely dissolved in her feeling and is ready to endure any troubles.

At first, Krizhevsky and his wife live in a hotel, understanding the issues of inheritance. Together with them came the nine-year-old Mitya, the son of Gregory from his first marriage. Elena is trying to gain the confidence of the boy, soften his difficult character, but the relationship of stepmother and stepson is far from ideal. However, over time, contact is established, and Elena becomes attached to the boy, as to his own son.

Despite the windy nature of Gregory, Elena does not assume that the spouse can really love someone else. However, this is happening. Young Vera, an ambitious, but still a little naive girl, manages to captivate Krizhevsky in her networks. The passion of a mature man is like insanity, he forgets everything, leaves his wife and son and takes his young lover to Moscow.

Most of all, Elena is worried about Mitya. The boy painfully experiences this situation, he blames Elena for what happened, cannot believe that his father does not want to take him to him. In fact, Krizhevsky is simply not up to the child. But when he decides to return the boy, he unexpectedly declares that he will stay with Elena. Too great a grudge against his father. As a result, Gregory leaves his ex-wife an old mansion – in exchange for a promise not to interfere in her life.

Now Elena and her stepson live in a strange house full of unsolved secrets. The abandoned woman is still very worried, but nevertheless she is a strong person and will be able to cope with her problems, although she does not yet suspect about it. Lena has not been making decisions for herself for a long time, and now she has to gather strength, survive adversity, find her own path in life – and at the same time return her husband, make him repent…

The heroine gets acquainted with a former boxer Ivan and offers to work as her security guard. Ivan is a difficult person to communicate with, almost incapable of compromises, rather sharp, but at the same time very charming. She and Elena are completely different, but Kruglov is the only one who really helps a woman in her numerous affairs. He, like a hero of Soviet cinema, is truly reliable, brave, responsible.

Secretly Kruglov worries Elena, she thinks about him more and more often, he is a big mystery to her. But Elena does not know what is hidden in the soul of the former boxer. And Ivan, in turn, falls in love with the mistress of the mansion, but cannot admit it to her.

Passions boil around the old house. The game is becoming too dangerous. Only those who remember will win it: the most valuable is life and love.