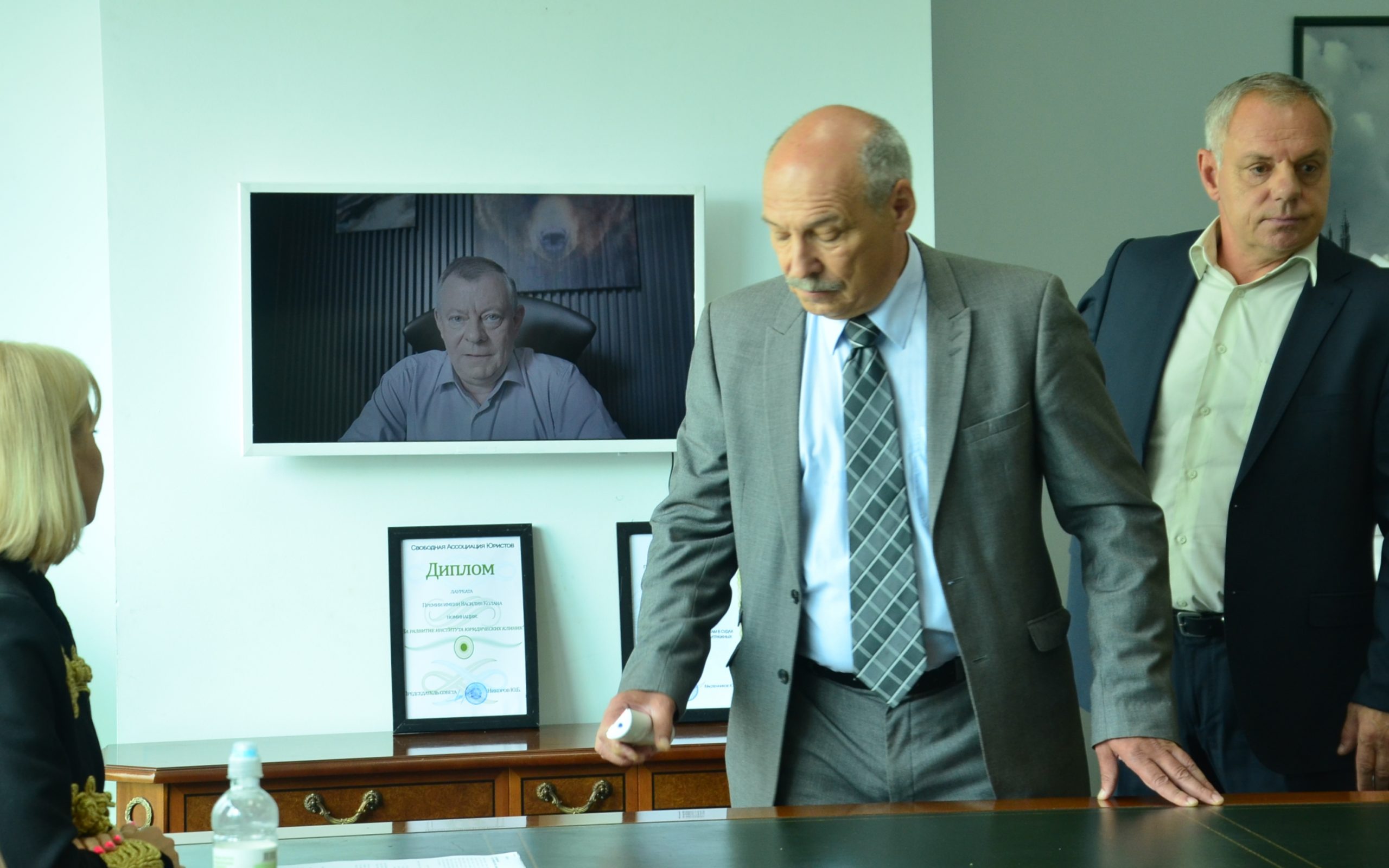 The crew of the Kyivtelefilm Film Company has completed working on the 16-episode melodrama «A bolt from the blue». Now the picture is in the post-production stage. Its broadcast is expected in the autumn of this year on the TV channel «Ukraine».

One of the roles in the series was performed by a famous actor of theater, cinema and dubbing Vadim Andreev.

Our journalists managed to meet with the famous artist during the filming and talk with him about working in the new project.

More details are further in the article.

In the series «A bolt from the blue» viewers will see Vadim Andreev in the role of Mikhail Kotov – a successful businessman, the father of one of the main characters. This character is an iconic figure of the picture, because it is his life story that becomes the starting point for the further development of the plot.

According to the script, Mikhail is overtaken by shocking news. The attending physician informs the man that he is seriously ill and the chances of recovery are small. The news catches the hero by surprise and at some point seems to knock the ground out from under his feet. However, a new twist of fate and echoes of the past help him to pull himself together, try to correct past mistakes and rethink his own life.

According to Vadim Andreev, this role, although small, for him, as an actor, was very interesting. First of all, the circumstances in the grip of which his hero finds himself.

«What’s good about this role?.. My character knows he has only a few days left to live. He needs to do much on time, show courage and sobriety – which he does. To play a person who finds himself in such a situation is very interesting…», – says the artist.

In the frame he will be accompanied by such famous actors as Maria Klimova, Kirill Dytsevich and, well, the director of the picture himself – Alexander Mokhov, whose character in the plot is an old friend of Mikhail Kotov. 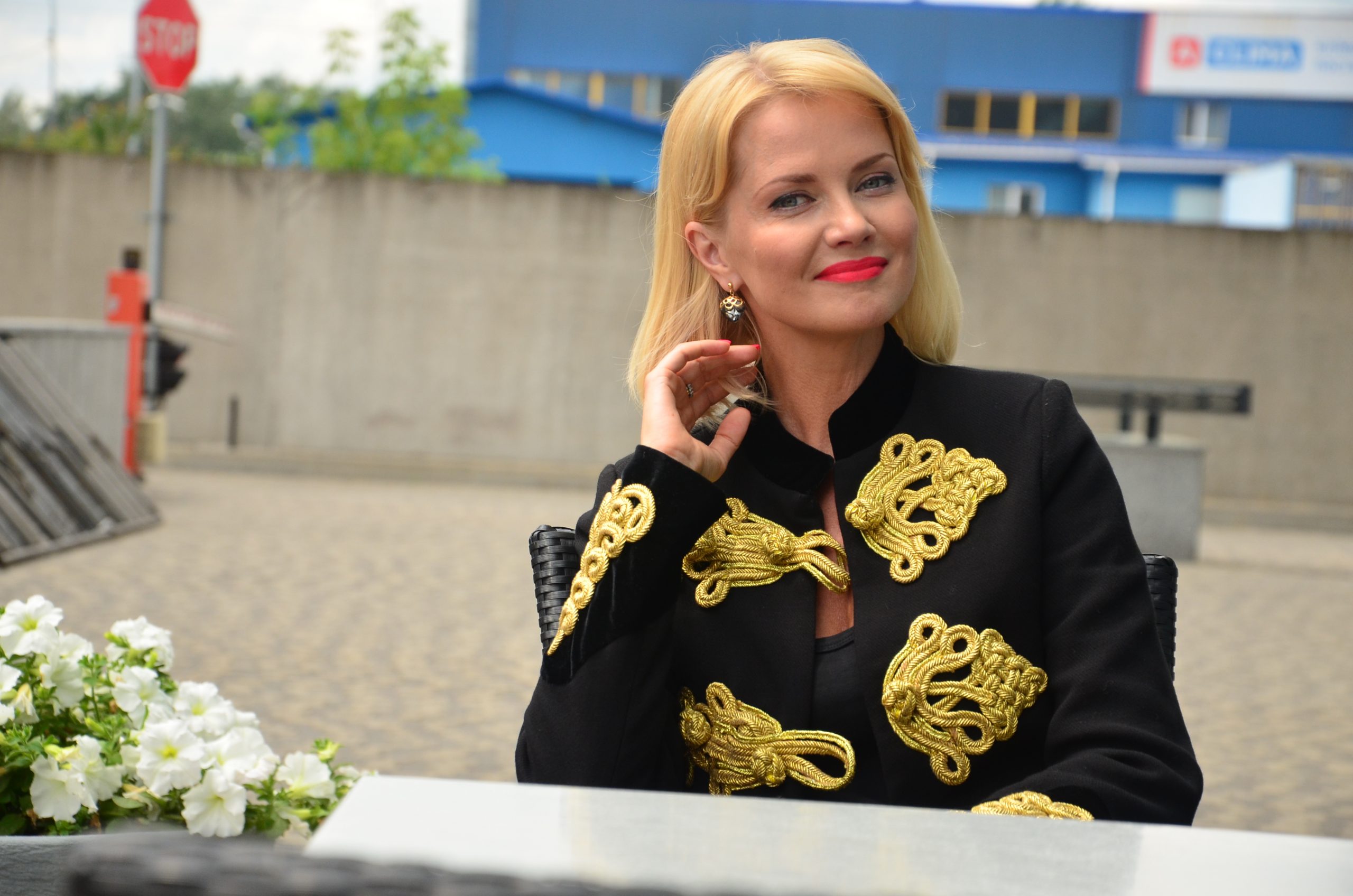 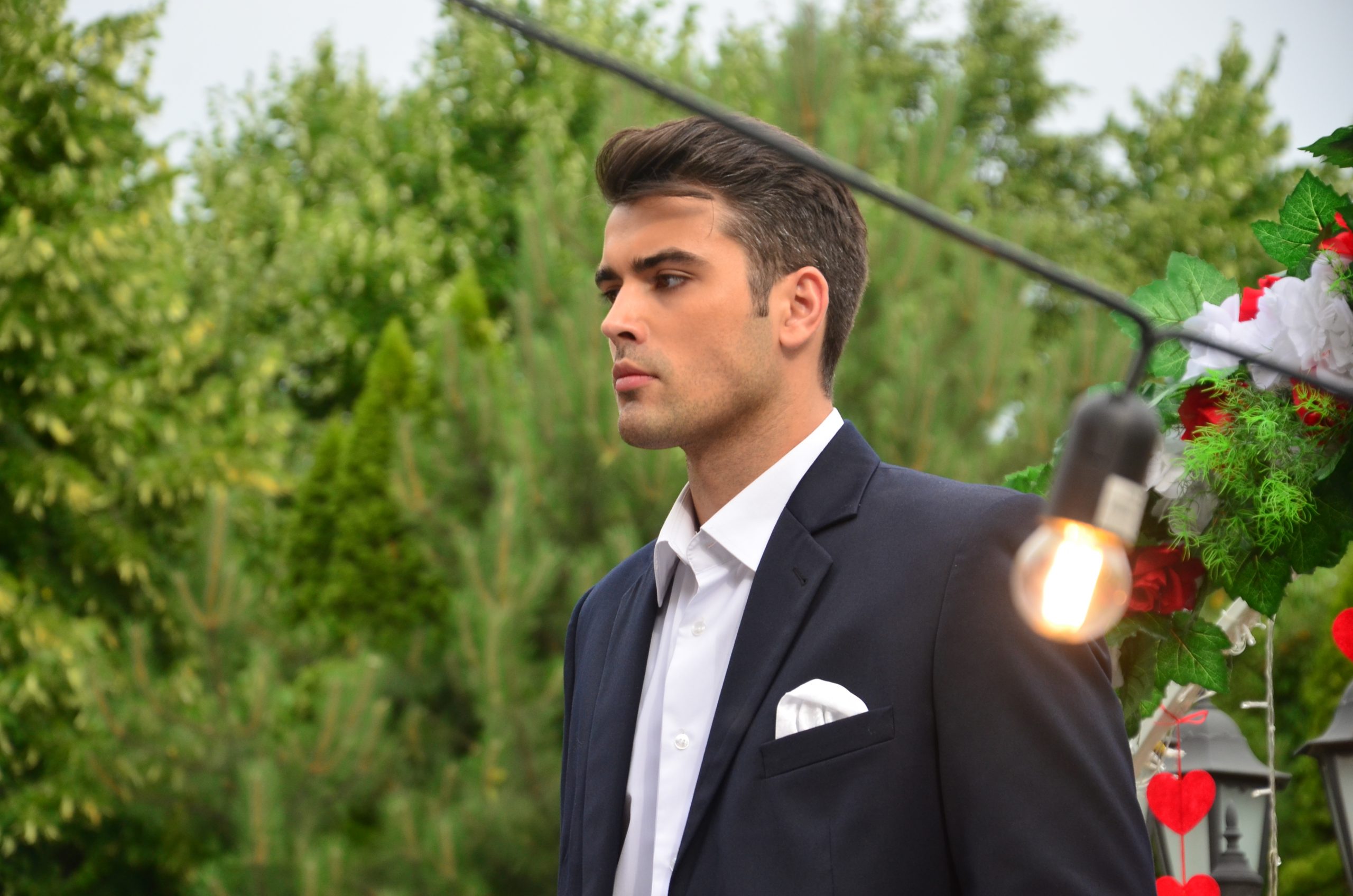 Also in the series «A bolt from the blue» viewers will see his creative tandem with a famous colleague – actress Larisa Udovichenko. 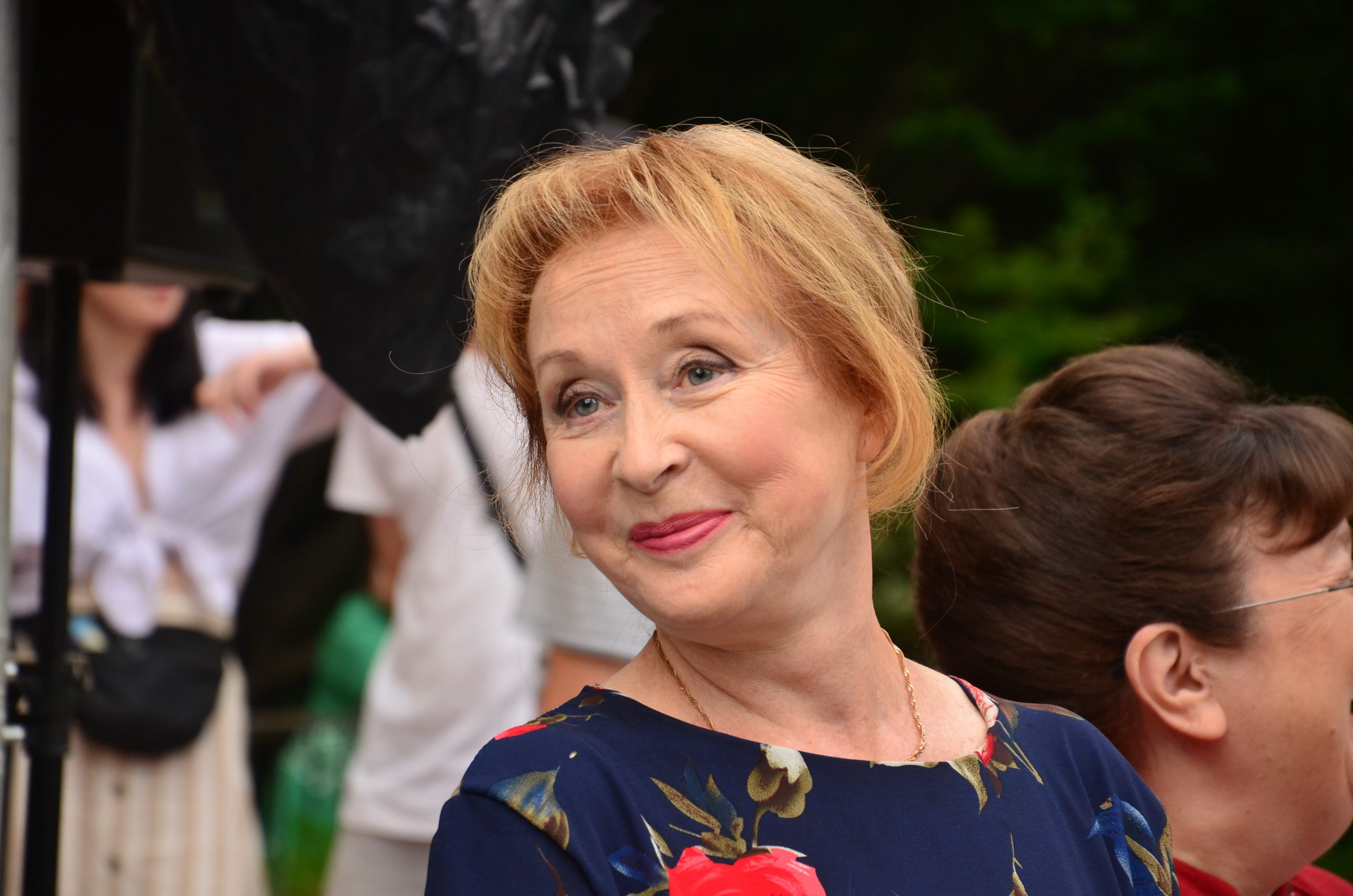 «Larisa and I enjoyed playing these scenes. She and I have known each other and been friends for a very long time. Just haven’t acted for a while now (in joint projects – Ed.). It was a pleasure for us to work together in the frame. Unfortunately, not for long, but it still was really fun», – shares his impressions Vadim Andreev, adding that their common scenes in the series came out very sharp in his opinion.

About the working atmosphere

The actor speaks warmly about the atmosphere that reigned during the filming process, and highlights the director’s work. He says that Alexander Mokhov keeps everything in a positive mood on the set. And, despite rather large production rates, he inspires optimism and vigor in the whole group. 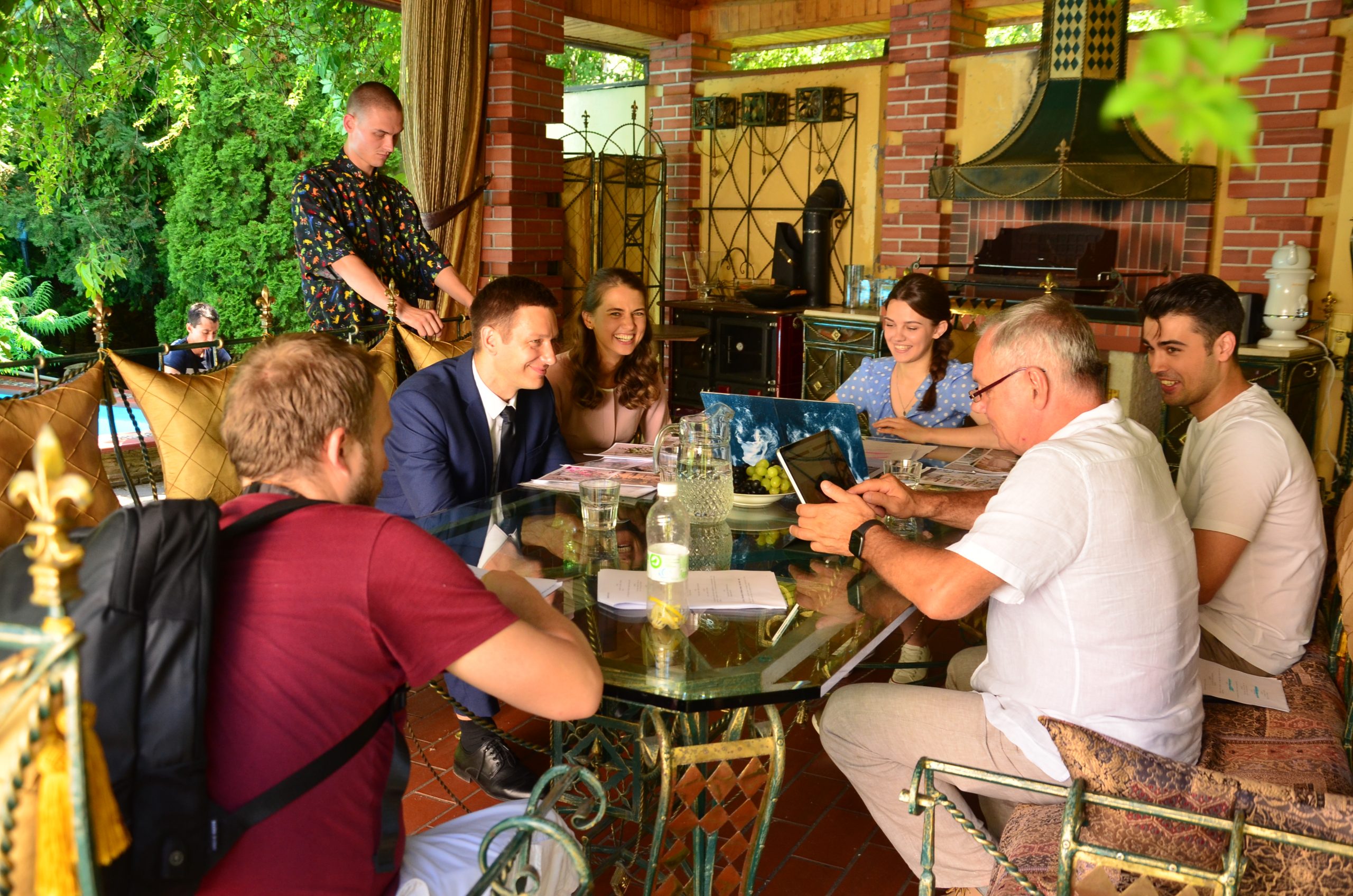 «I think everyone loves him, adores him. A hearty director», – he notes.

In addition, Vadim Andreev emphasizes that for him, as an actor, the very approach of the director to work was important. He admits that sometimes he is «afraid» to act in projects directed by fellow actors. Because it happens that they, although perhaps not intentionally, try to impose their style of acting, relying solely on their own organics.

«Why am I afraid? Because you worry (especially among good actors) that he will begin to show how would he play, begin to drive you into his picture (of the role, – Ed.)… There were times when I encountered this. It really bothered me…», – says the artist.

In the case of A bolt from the blue project, these fears were not justified. Moreover, he says, it was nice to once again encounter such form of interaction between the director and the actors.

«I’m just a little unaccustomed to this particular kind of acting direction. Sasha has it. It’s great when he gives you interesting moves. Does not impose the way he would play it, but offers you some interesting acting move. It was nice to feel it. This was characteristic of «old school» directors. I’ve been shooting since ’78 of the last century and it’s like I’ve come back from there. It’s very cool…», – shares Vadim Andreev.

About the approach to work

Speaking in general about the acting profession and work on the set, the artist notes that he does not like unprofessionalism and amateurism.

«It can irritate me, and sometimes even cause anger, which I try to fight… But otherwise, in recent years I am generally very comfortable, I have already become a strong craftsman, I know my «kitchen», my craft and get pleasure from it. Therefore, for me the main thing is to not be interfered with. But, as in Sasha’s case – it’s nice when I’m also helped. It happens so rare. But basically you expect that you are not hindered, and allowed to work. However, usually that’s how it turns out for me. I’ve been lucky with projects in recent years. Both the atmosphere and partners are also usually good. Sometimes we invent something, improvise…», – he says, once again emphasizing the importance of the moods prevailing on the set during filming.

«The main thing is to have a positive, creative and easy atmosphere. I don’t like it when a movie is shot on the set as if coal is being unloaded from the cars. Well, it’s (all going, – Ed.) so hard, with such exorbitant seriousness. So the whole group’s loaded, and he loads up himself, and everything’s like «we are shooting something brilliant». Usually nothing brilliant comes up (from this, – Ed.). It’s hard for everyone, the atmosphere is oppressive. That’s what I don’t like. I love it to be a holiday. Cinema is a holiday. And it is necessary to somehow make the shooting fun, relaxed», – the artist sums up.

We will remind you that the production of the series «A bolt from the blue» is worked on by the Kyivtelefilm Film Company on the order of the TV channel «Ukraine». Filming of the 16-episode melodrama were completed in August this year. The picture was shot in Kiev and Kiev region.

Also read about the filming process and the acting ensemble of the series in the aricles:

Alexander Mokhov about the project «A bolt from the blue»: We have a wonderful cast

Denis Korablev: «In the series «A bolt from the blue» will be displayed the whole palette of life»