Shooting of the series «Provincial»: About the work of the creative group 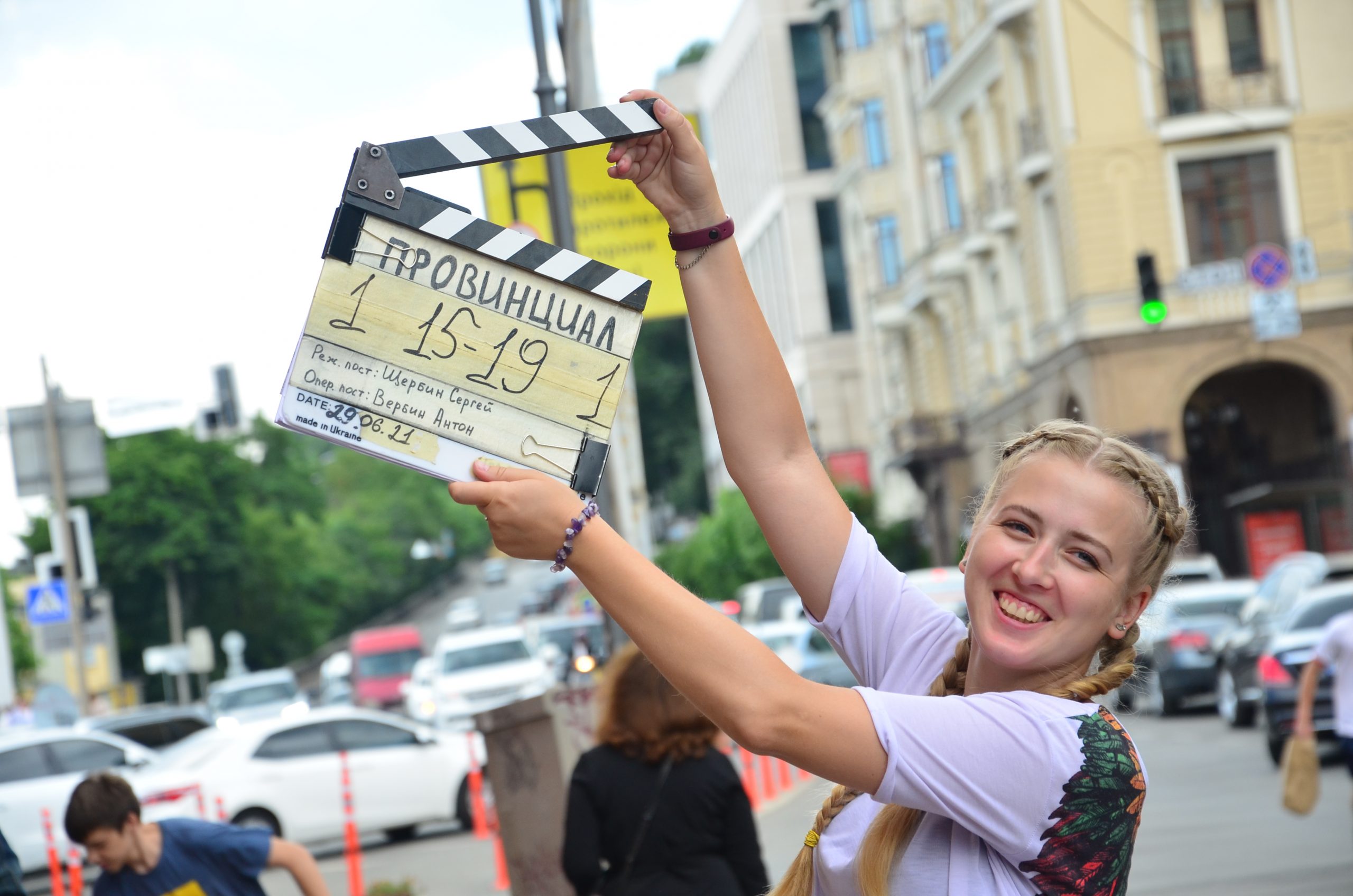 The film crew of the Kyivtelefilm Film Company continues to work on the production of the 24-episode action-packed detective series «Provincial». The film’s will be broadcast in the fall this year.

The filming process has already been going on for 4 months. Filming takes place in Kiev and Kiev region. The filmmakers are convinced that the picture will delight the audience with an exciting plot, worthy acting and a special atmosphere in the frame. After all, a huge team of professionals led by director Sergei Shcherbin works on its creation every day. 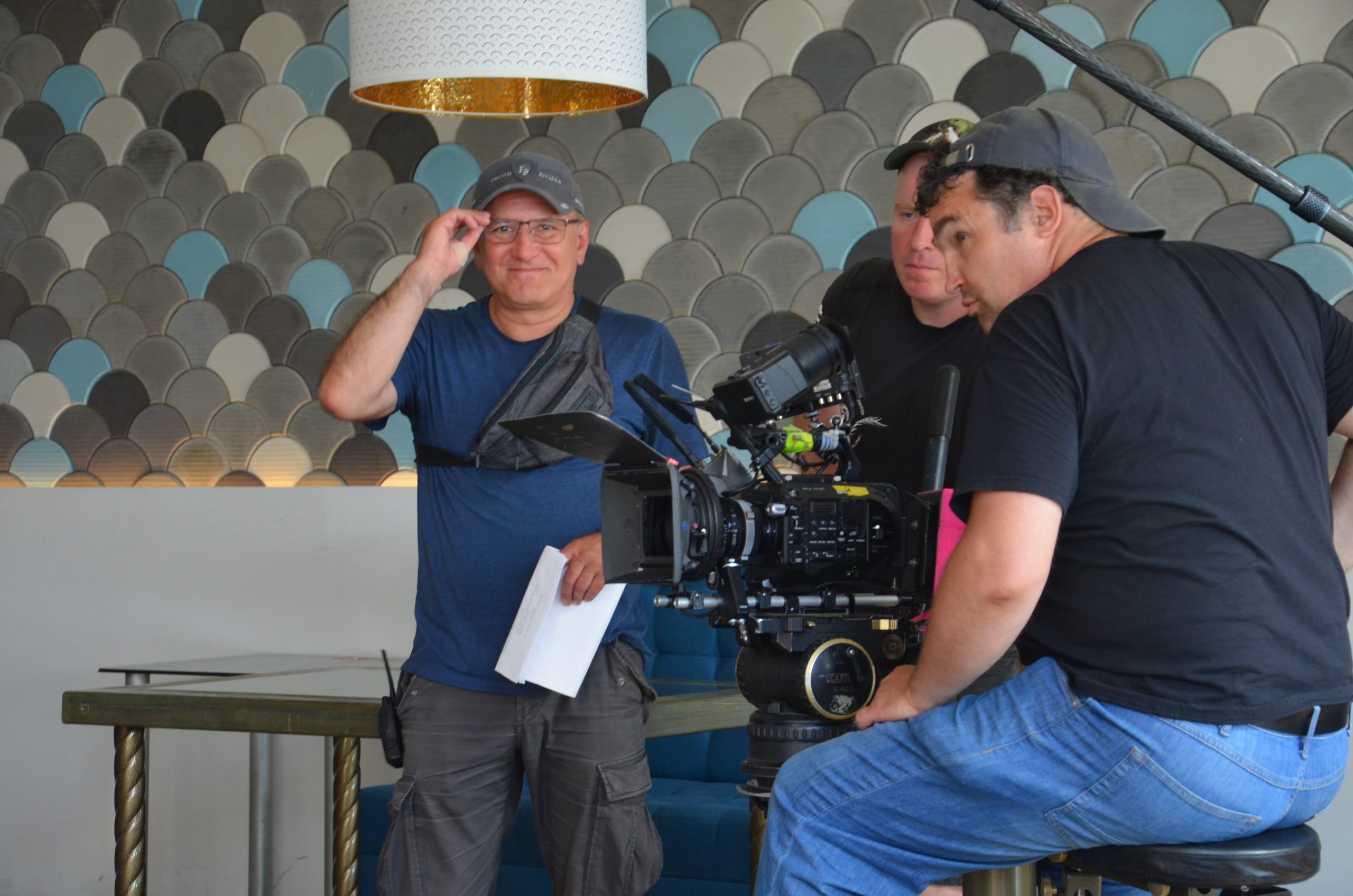 Our journalists visited the site and talked with the creative team about the features of the filming process.

«Provincial» is a vertical series in which the main characters – employees of the city police department – take up the investigation of a new detective story each episode. 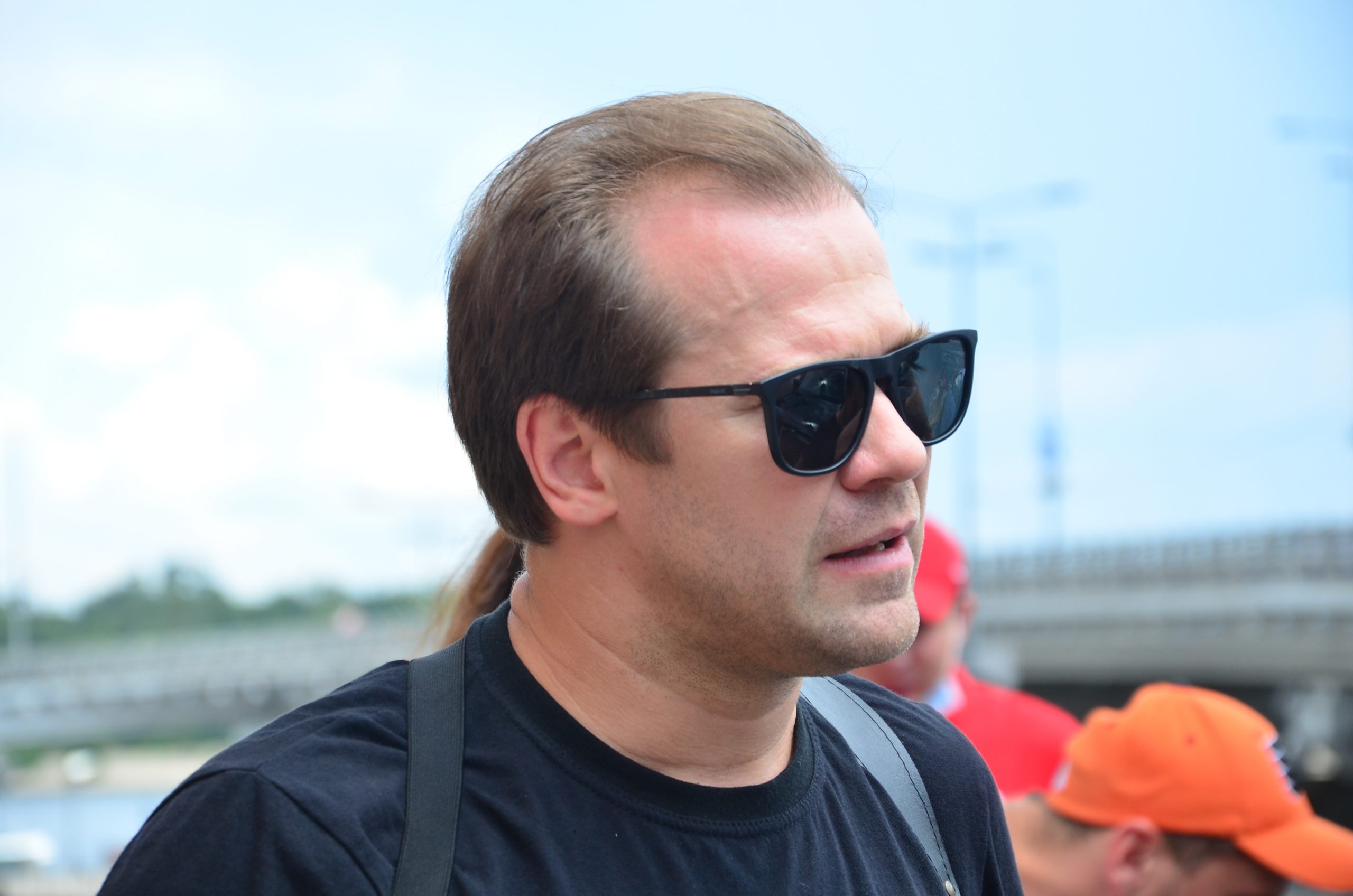 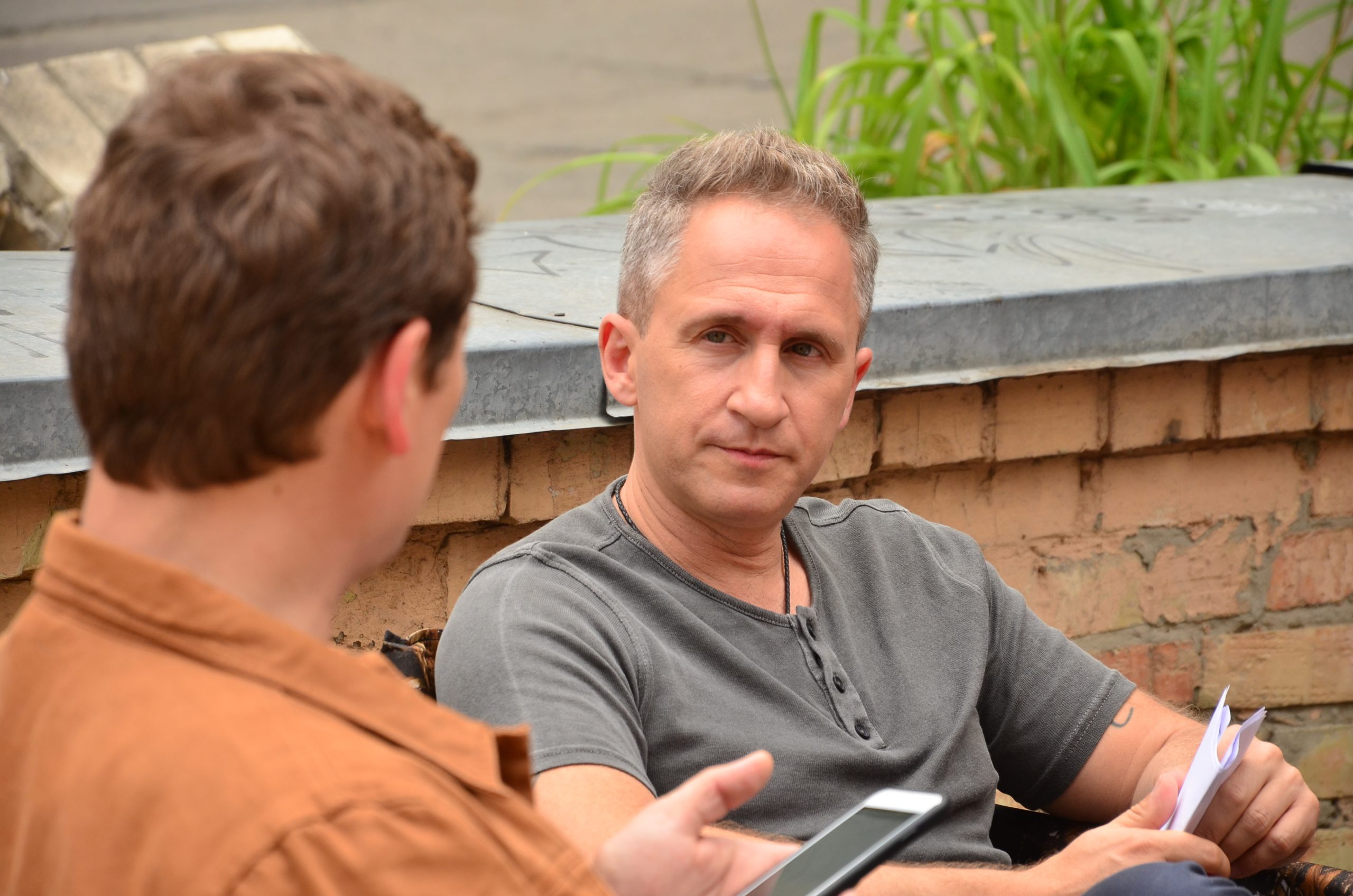 Due to the volume of the script, as well as the density of its event series, viewers will se a lot of interesting locations and objects in the frame, the creation of which was worked on by specialists of the art department of the film company.

Part of the scenery, according to the production designer of the picture Alexander Ukolov, had to be built from scratch. One of the main ones is the police station, which includes about ten offices necessary for filming the main characters in the workplace. 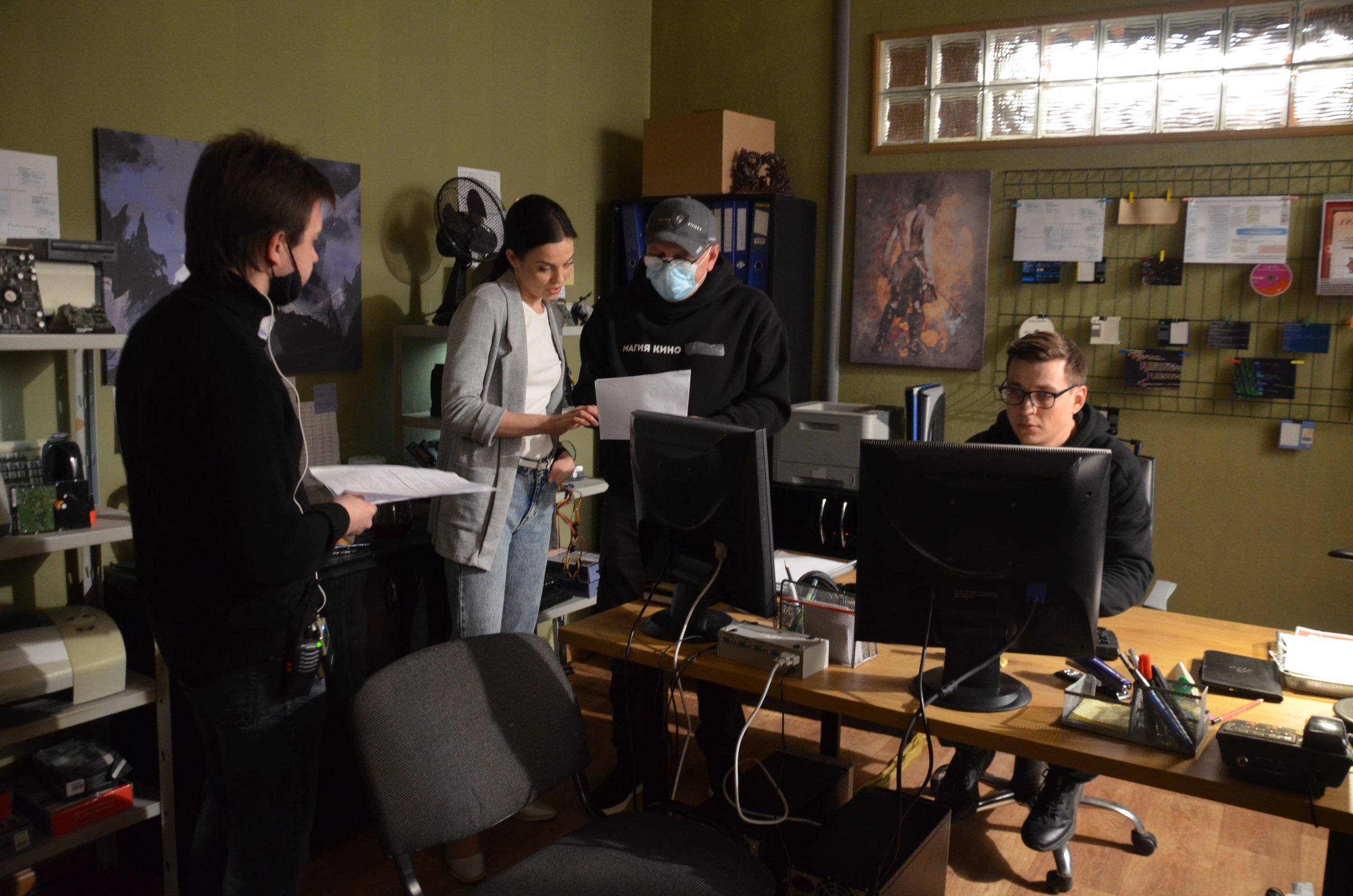 «The most large-scale construction of this project is the police station. We had to completely disassemble the pavilion and build the set from scratch… We have five main offices for employees of the department, including the general, and there is also an archive, an interrogation room, an armory and two holding cells», – he says.

Another of the scenery that requires considerable effort in preparation for the shooting is the basement of the cottage, which is also located in the pavilions of Kyivtelefilm. The complexity of this structure lies in the fact that according to the idea, it, even although remotely, should resemble a kind of high-tech bunker, where the criminal tries to lure his victims in order to take revenge for betrayal.

As noted earlier, due to the genre affiliation, the series will be full of action episodes. Fights, chases, explosions, fires and even shootouts are an integral part of the picture. And to ensure that all this looks as aesthetically pleasing as possible in the frame and, at the same time, realistic, a whole team of specialists is working on it. Including professional pyrotechnics and stuntmen. 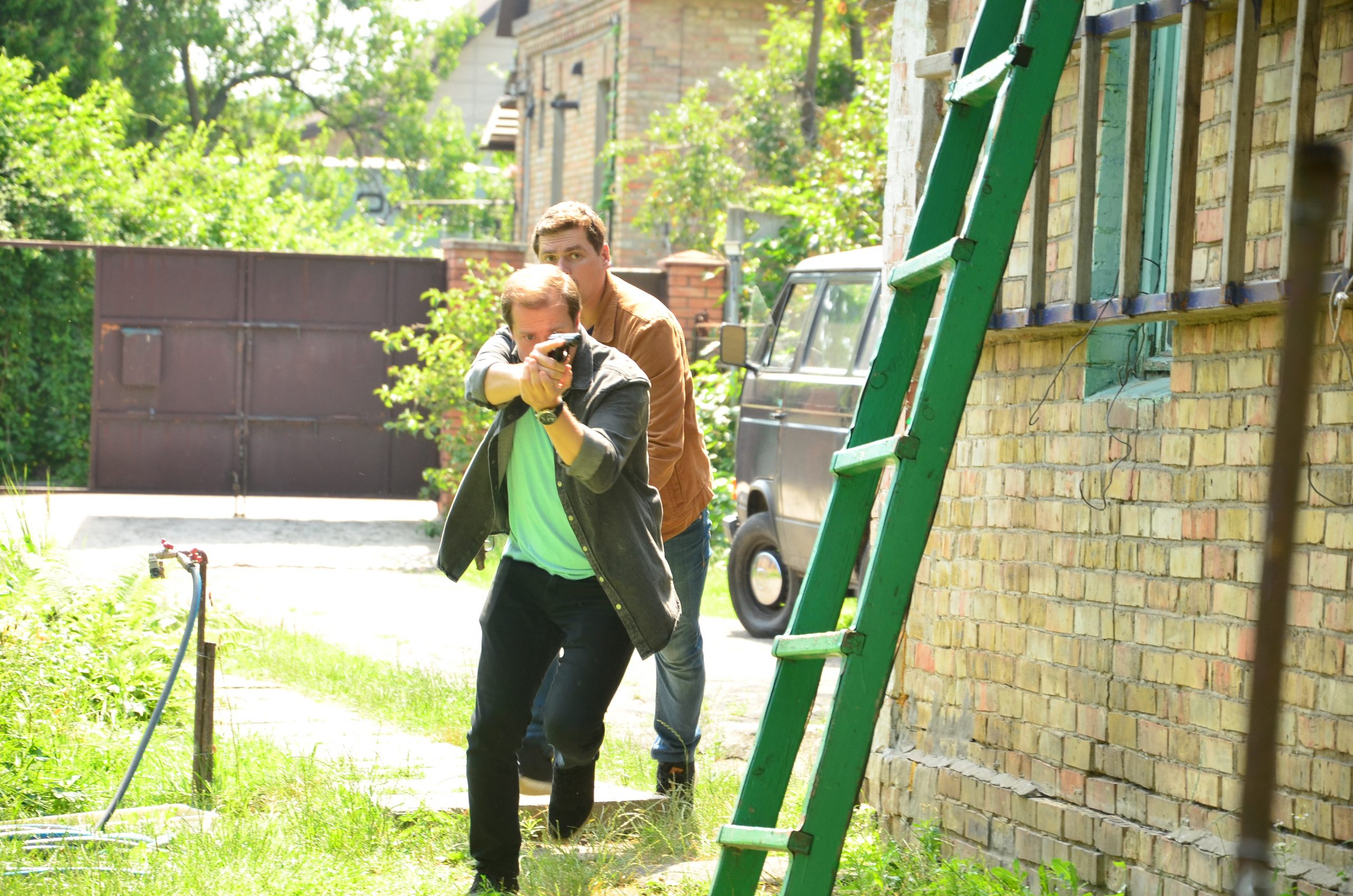 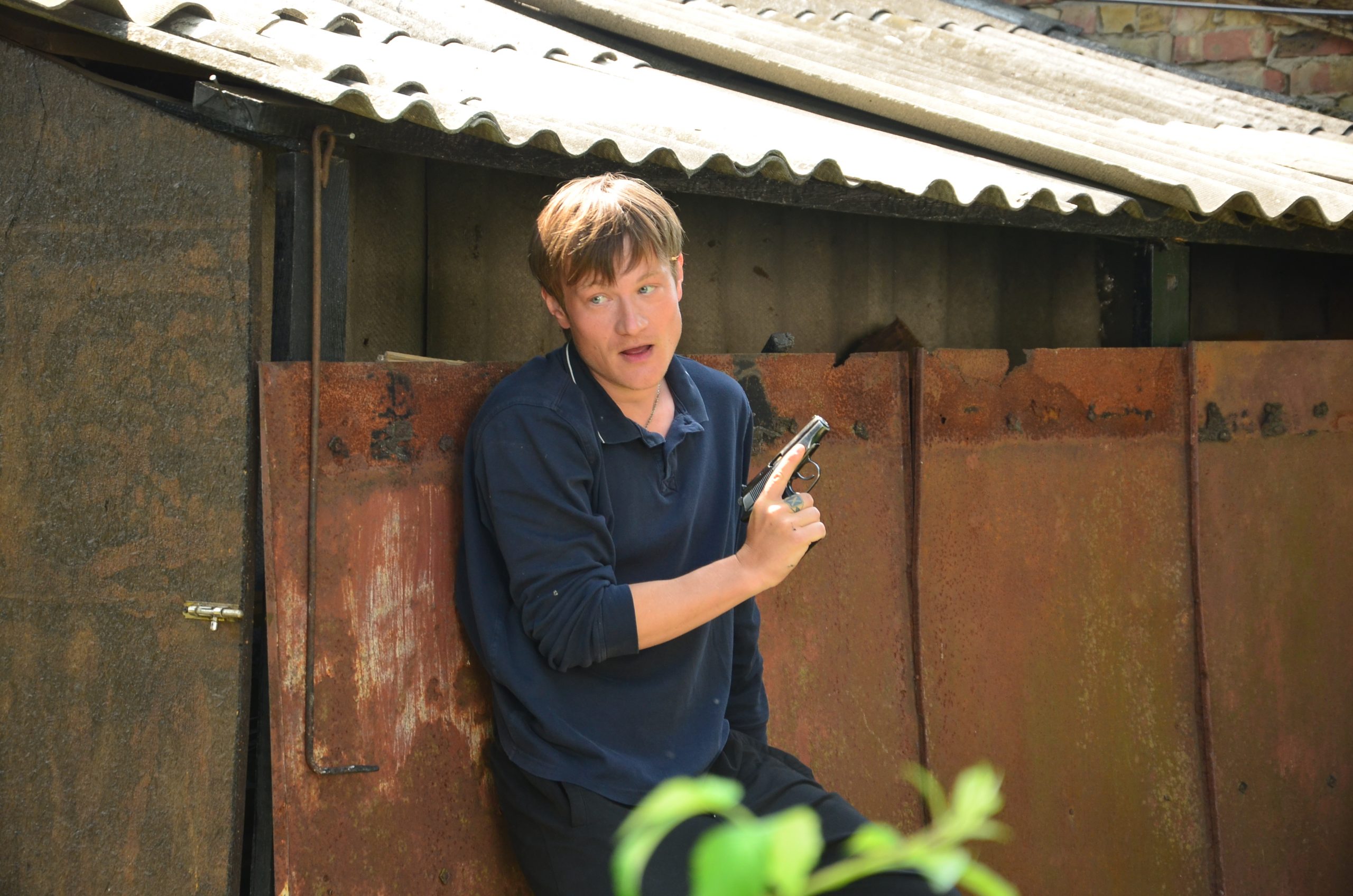 Their joint task with the actors is to perform tricks as accurately as possible and create a certain effect of presence for the viewer. In turn, the area of responsibility of the artistic department is to give it even brighter colors with the help of additional artistic means. To do everything to make these frames look as impressive as possible on the screen.

To do this, as admitted on site, sometimes you have to resort to professional tricks. For example, for the greater persuasiveness of one of the scenes in which a car accident occurs according to the plot, it was decided to find a car of the same brand, but one which had been in a real accident earlier.

«There is already a stated car of the hero, which gets into an accident. We will look for its clone, but busted, which we’ll use during filming later. At first, we will show intact cars passing by, then the camera will switch to the pedestrian and after that there will be a frame with crashed cars, which we will prepare and put on the prearranged place of the accident. Simultaneously, we’ll create some smoke. It will look spectacular», – says Alexander Ukolov.

Along with the directors, a large layer of work is also entrusted to the art department for make-up. The field for the activities of make-up artists on the project is huge, because each episode is associated with some kind of incident. And therefore, special make-up is absolutely needed. 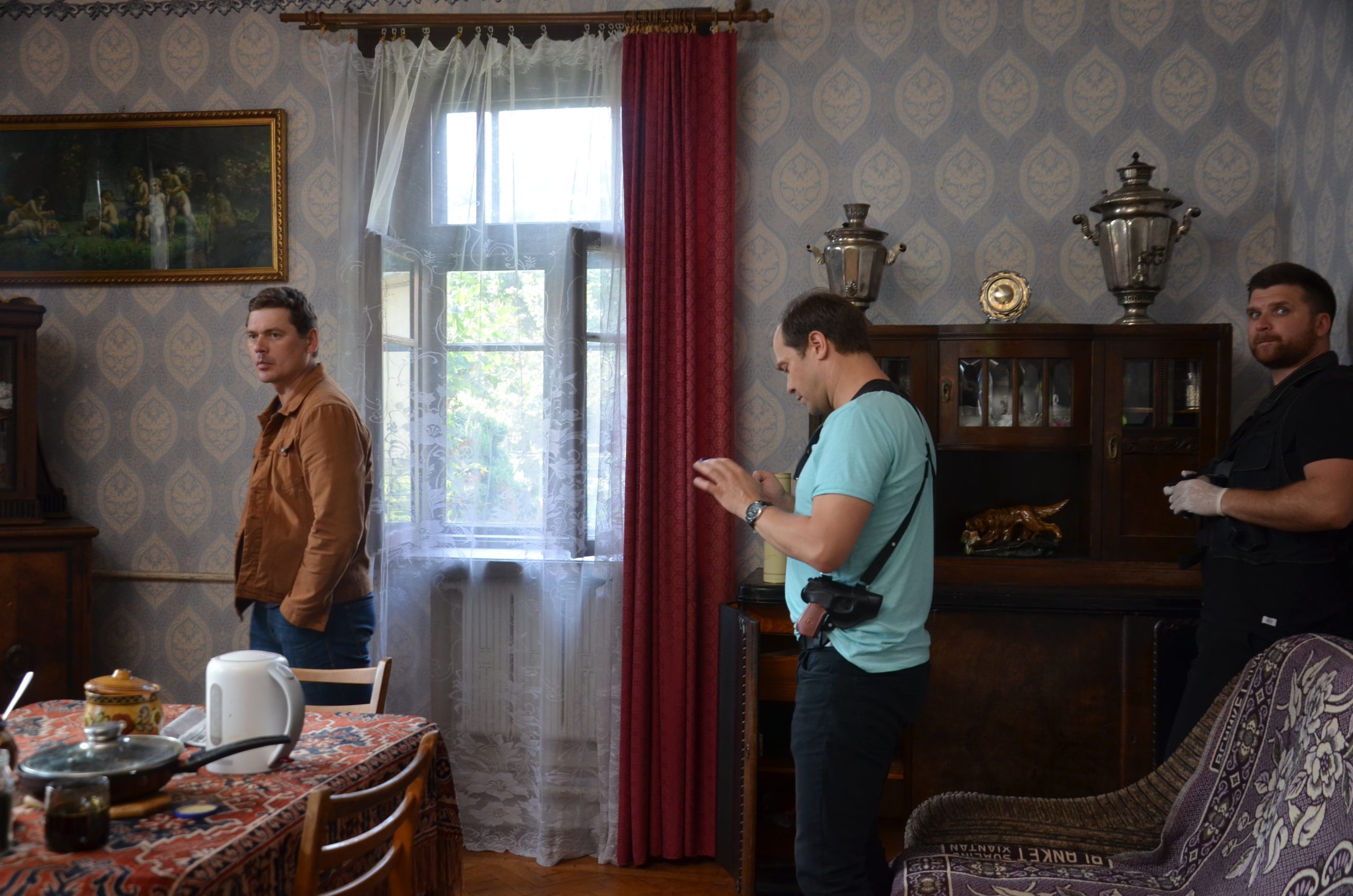 «Almost every episode has heroes with bruises, bullet wounds, also the dead. Therefore, it is necessary to clarify all the nuances, including the causes and circumstances of death of the characters. And, based upon this information, do make up as it looks in life»,- shares the details of work the assistant make-up artist Marina Nizhnik, adding that sometimes in preparation for the shooting you even have to view photos of criminal reports.

But in many ways, as they note in the make-up department, already gained work experience also helps.

«Ira at one time was involved in a large project, where there was also a large amount of work on the application of special make-up…», – says Marina Nizhnik.

«Yes, there was a lot of work related to special make-up, I collaborated with consultants. Therefore, working now on this picture, half of what is done and how it has to be done we already know from experience. For example, how bullet wounds should look depending on the caliber of a particular weapon, etc.,», – says make-up artist Irina Boytsova.

Despite the fact that some of such episodes on screen last only a couple of seconds, preparation for their shooting takes much more time and requires additional effort. So, for example, only to obtain a cast in the form of a bullet wound at least a day is required. And this is only a basis that will just be used during the creation of one or another character’s image.

«We have silicone molds in which we pre-place a special solution, and leave it there for a day. During this time, it freezes and subsequently imprints itself in the form of a bullet wound, which we then glue to the prearranged place of a wound on our hero during make-up and then we color it», – describes the work process the assistant make-up artist.

Some nuances related to the theme of the series are also present in the work of costume designers. Due to the numerous stunt scenes, the filming process requires maximum foresight, including the selection of costumes. As admitted in the profile department, it is sometimes necessary to prepare several identical sets for the filming of individual episodes, so that later all the frames are perfectly aligned during montage.

«Of course, on this project we have a separate bag for spoiled things. We prepare doubles of clothes, both for actors and stuntmen who perform certain tricks. In our situation, given the presence of action scenes, it is simply inevitable», – says costume designer Tatiana Zubareva.

We will remind you that the shooting of 24-episode detective series «Provincial» started in April and will last until August this year. Work on the complete production cycle of the picture by Film Company Kyivtelefilm. The premiere is scheduled for fall 2021.

More details about the cast and the filming process can also be read in the articles:

«Provincial»: About the scenery, script and acting ensemble. 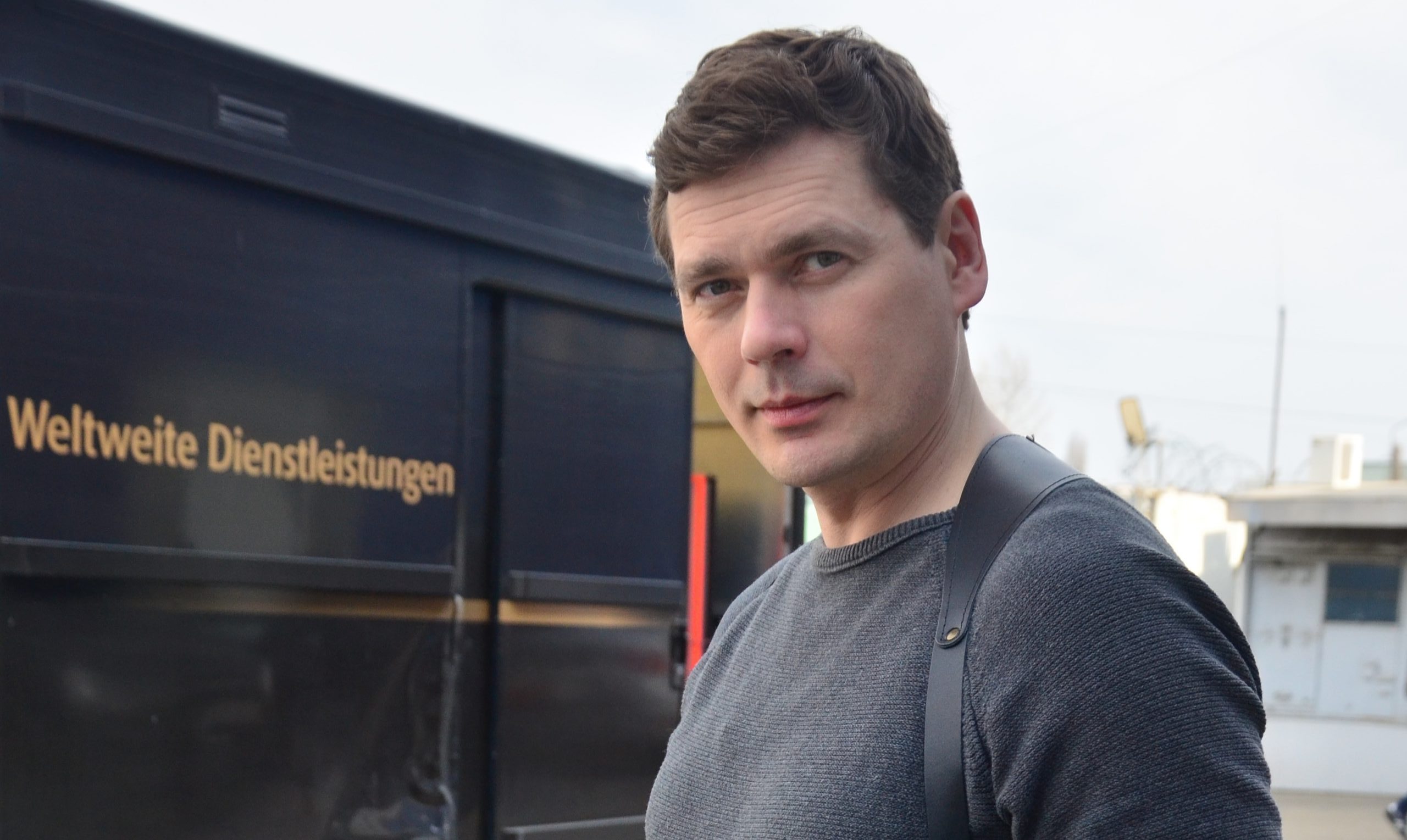 In the beginning of January 2022, the 24-episode ironic detective «Provincial» will air on the TV channel «Inter». Kyivtelefilm Film […] 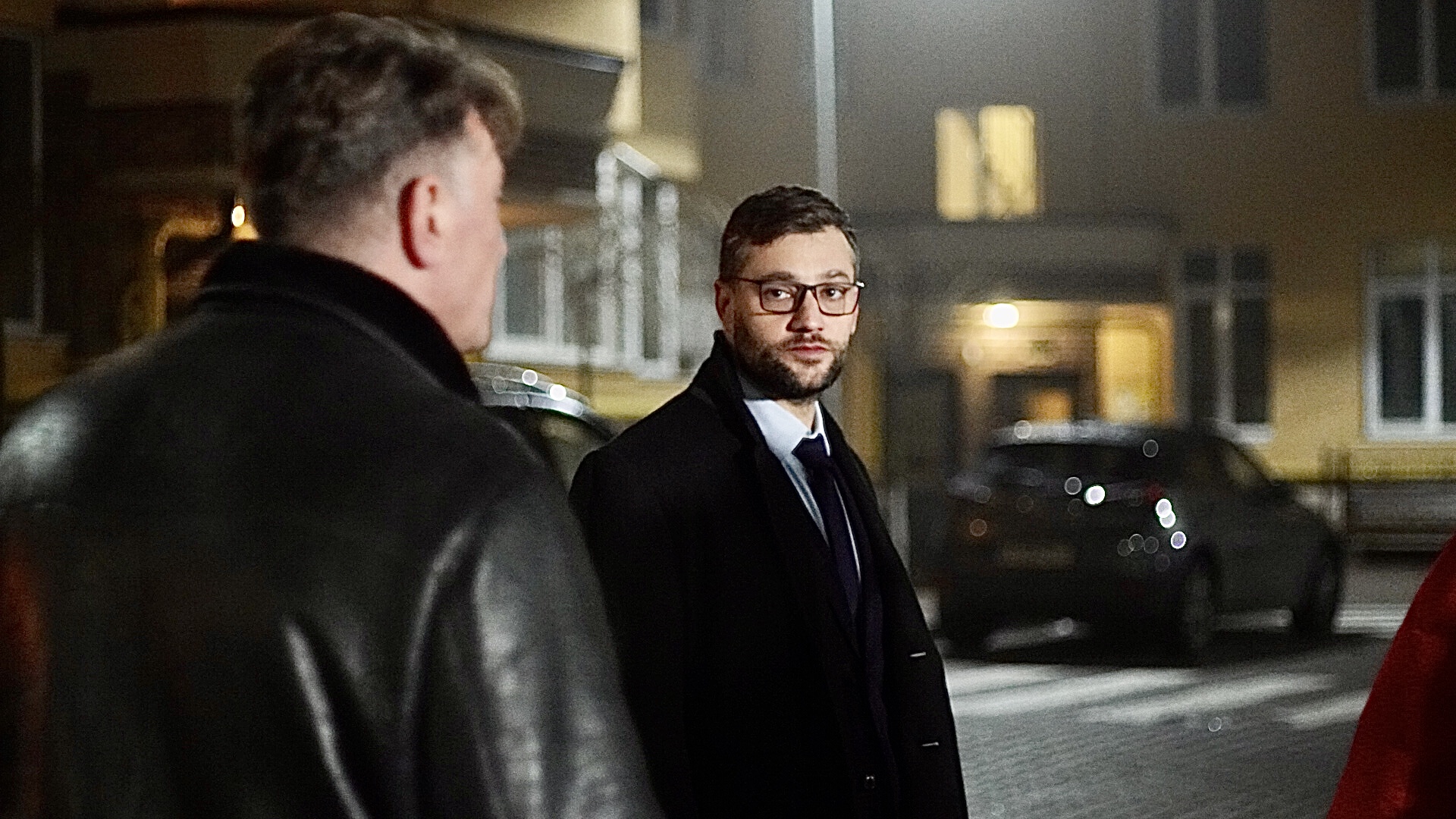 The film crew of Kyivtelefilm Film Company, headed by director Sergey Scherbin, started working on production of the series «Veronica». […] 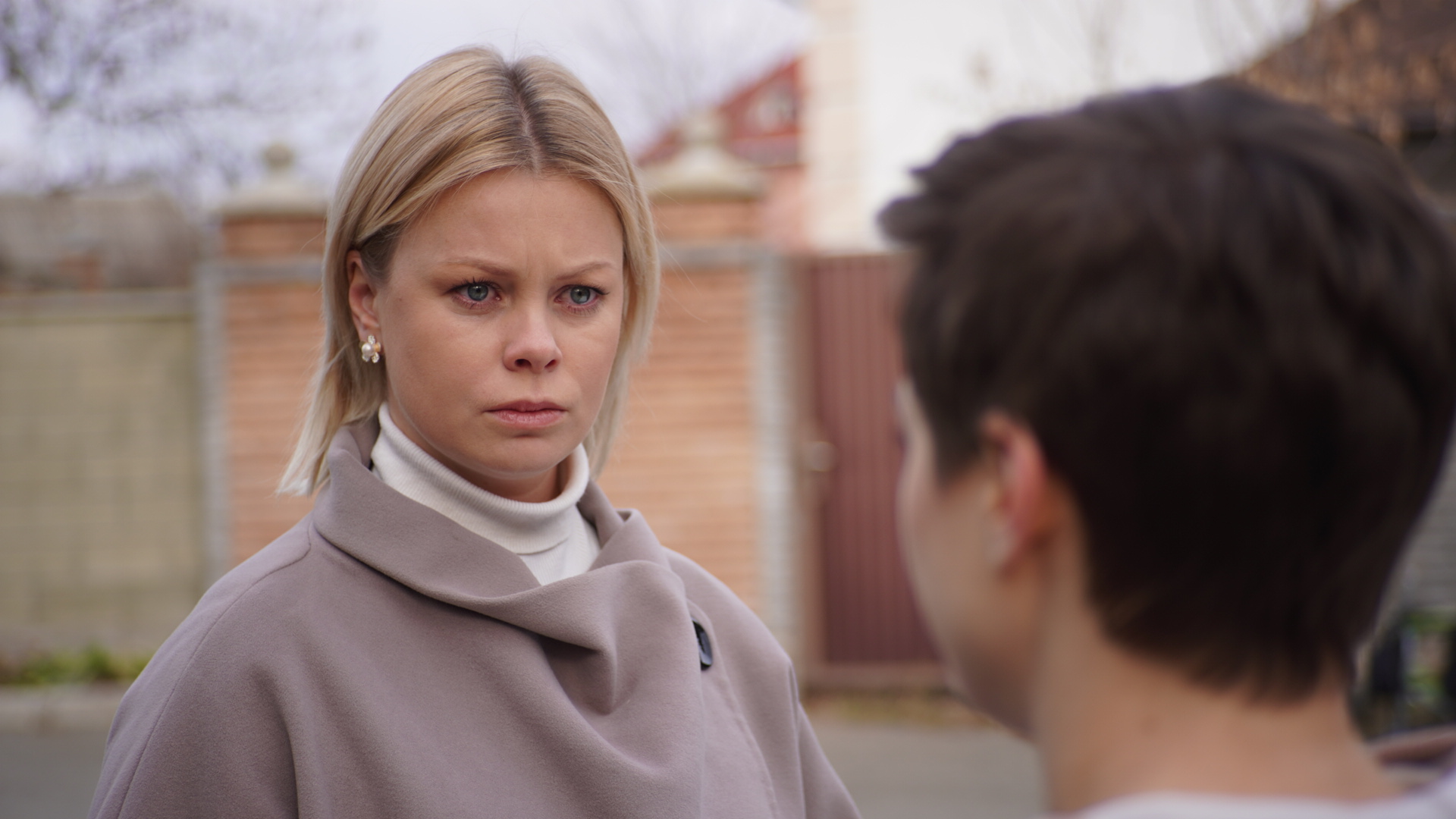 Eugenia Osipova about the project «I will take your family»: I have not yet had such a morally challenging role