The post-production crew of Kyivtelefilm Film Company continues to work on the thrilling 16-episode melodrama «Overcoming». Filming took place in autumn 2021 in Kyiv and vicinity. The director was Yuri Osipov. And the main female role in it was played by the admired actress of theater and cinema Alena Kolomina.

Our reporters were able to meet her during filming of the series and talk about the work in a new project.

All the details are further in the file.

– Alena, how long did the casting for a role in this series take, and were you offered to play the lead character immediately?

– You know, this is one of the few projects I’ve been approved for without casting. Me and Yuri Nikolayevich Osipov, the director of this series, have collaborated before. In particular, while working on the picture «Happy in defiance» (working title «Despite everything»). And so it turned out that when he got a new offer to direct and read the script, he saw me as the lead character, of which he notified later. I, in turn, was very interested in this script too, so we agreed on further cooperation in advance. Filming began in autumn, but I was approved for the role sometime in April or May of last year. 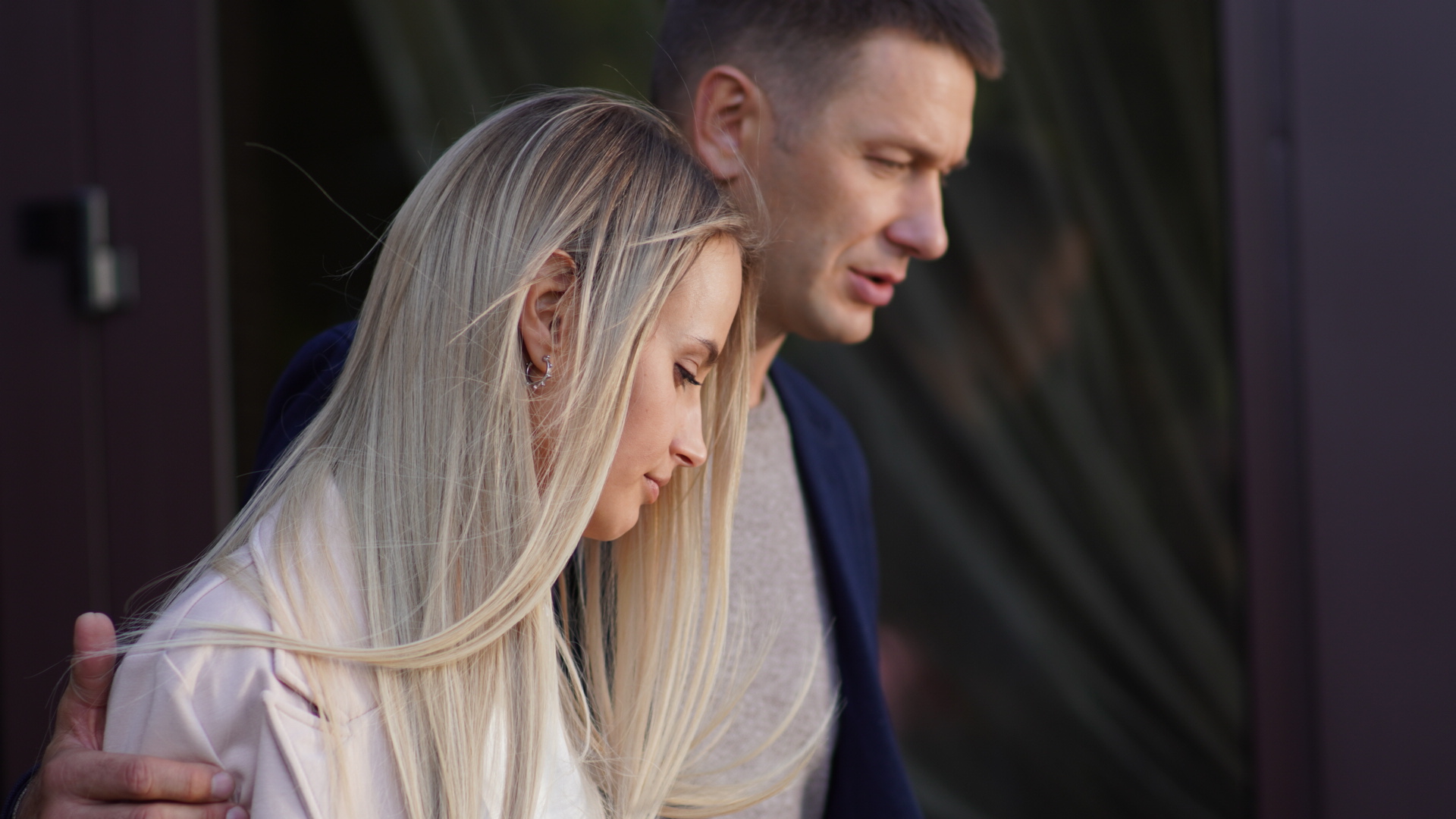 – You have had something of a makeover – in this picture the audience will see you as  a long-haired blonde. Is such a change connected with this project in particular?

– Yes, it was done especially for our project. There were several reasons for that. First of all, Yuri Nikolayevich imagined my character exactly in this way. And secondly, it was necessary to distinguish the style of my character and her friend. I knew a wonderful actress, Sonia Ardova, was trying out for the role, but since in real life we’re both blonde and wear a bob, there could be some doubt as to whether this tandem is acceptable in the frame. So as a result, it was decided to change my hair a little bit.

By the way, I’ve already managed to enter a few more projects with this style. And I want to say that this kind of change in appearance is really a very interesting experience. That’s what you call «from the outside to the inside», as Mikhail Chekhov said. True, there is something in this and it’s very helpful in the work.

– What else are you willing to do for a role?

– You know, I have no taboos…  I once auditioned for a project that, if I was approved, required me to shave my head. In the end, it never started, but I just want to say that in order to work on a role in some good, interesting picture, I think I’d be willing to do that kind of experiment.

I actually think that we actors have the best profession. There’s so much we can try and learn, so many new skills: horseback riding, handling weapons, learning the subtleties and peculiarities of other, completely different profession. Of course, we don’t dive in as deeply as professionals do, but still… Plus, we have the opportunity to meet and interact with new interesting people all the time, to constantly evolve. We really are some lucky people…

– In other words, professional development goes hand in hand with the personal one…

– Yes, of course…  Besides, as they say, a man is young while he studies. And in the acting profession, you study constantly. 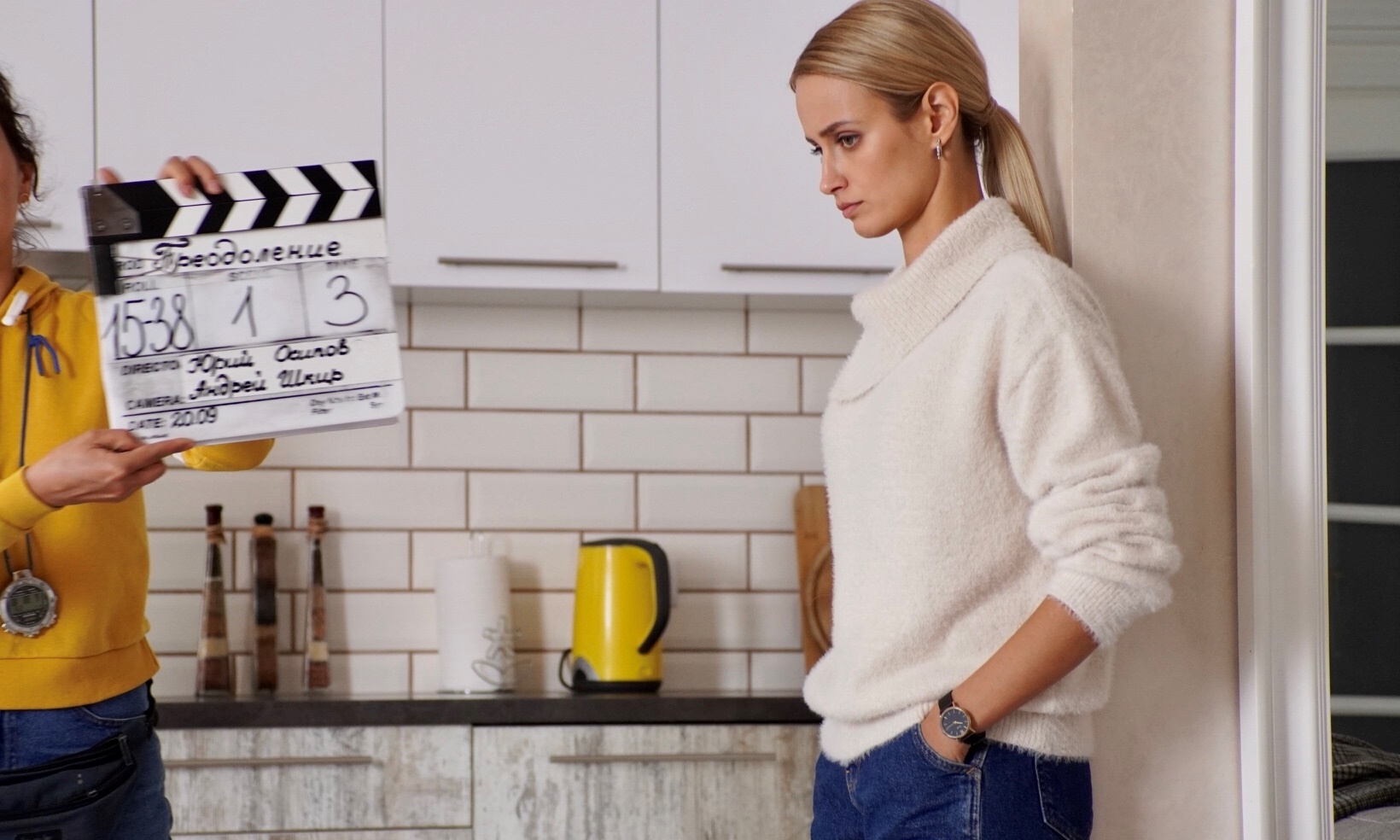 – What moved you about the story of your character in this series and what was interesting about working on this role?

– While the script only covers a few months of my character’s life, it is very eventful. In three to four months, Rita (my character) experiences a lot of trauma, pain of loss, betrayal, while overcoming herself and the circumstances, and trying to figure out what is good and what is evil. She’s very often at the peak of her emotional distress, she overreacts to events, has to make quick decisions, etc. And it was very interesting to play.

– What will your character be like for the audience? Describe her in three words…

– In view of the events she will have to go through, she is undergoing a transformation of sorts. At the beginning of the film, viewers will see her mischievous, cheerful, and closer to the finale of the series, she will be an older girl with a strong, matured personality. 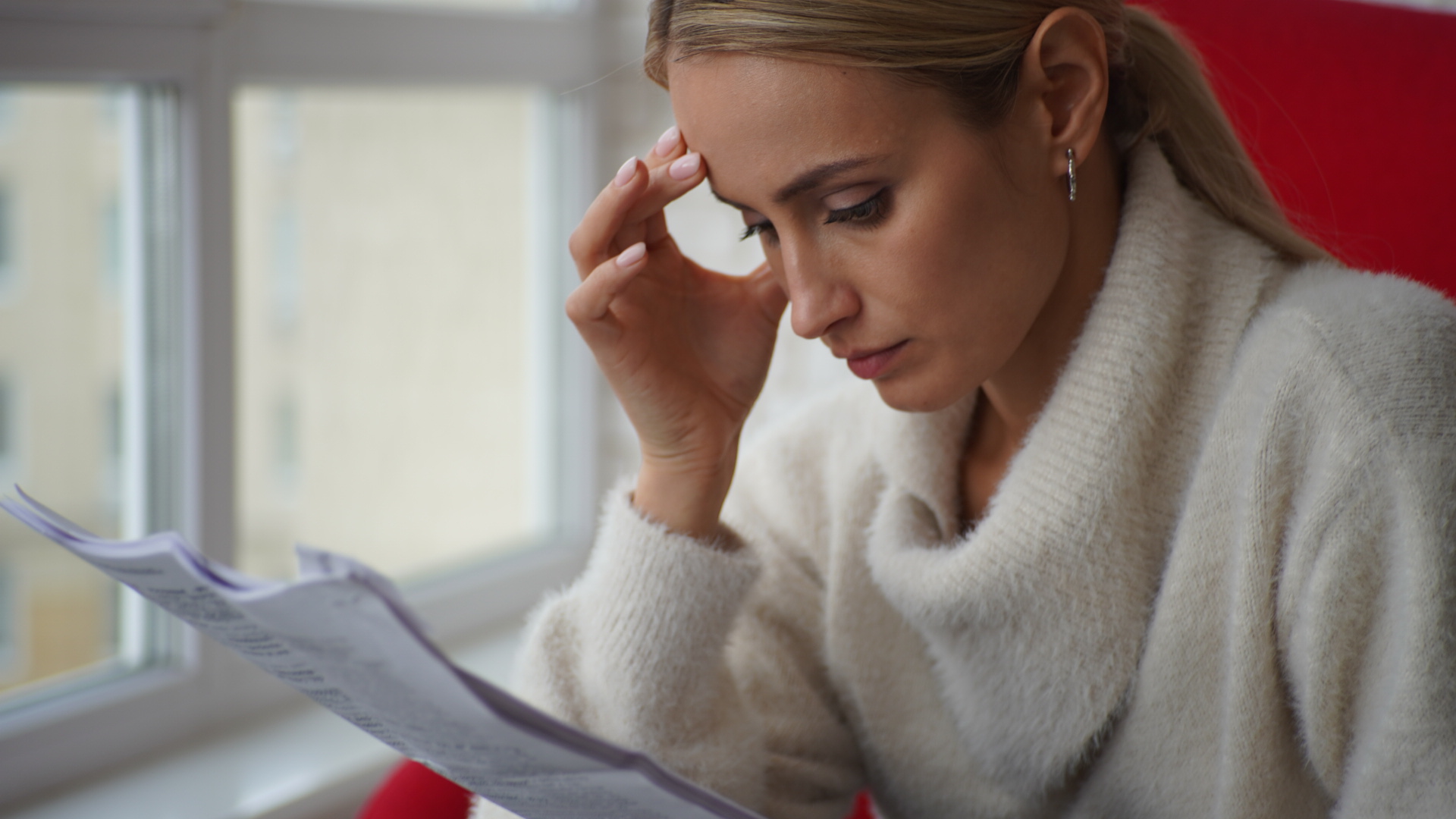 – What is the main component of comfortable work on the set?

– It’s certainly the atmosphere.  I have shot many times in the projects of Kyivtelefilm, but somehow it happened that I always worked with the same film crew, which really started feeling like home to me during the time of our cooperation. This time I was in a different group and I confess, I was a little worried the day before filming and thought about how I would be accepted, how the team works, etc. But fortunately, all the fears were in vain. The crew was incredible and we had a very friendly atmosphere. People have been working together for many years and during cooperation have learned to understand each other literally at half a word, at half a glance and even at «half a raise» of an eyebrow (Smiles, – Ed.)…

I even shed a tear in my first few days under the impression of their level of professionalism. There’s a scene in the script where my character comes to the hospital to visit her father and, of course, brings him groceries in a bag. And I was worried that because of the rustling of the package, the sound might become corrupted, that we may need to do a re-dub, etc. But then our prop master comes to me, and gives me a completely silent bag with fruit… So people have already sorted this out… At such moments, you know that it is from such little things that all the work is made, that all the «nuts» and «bolts» are in their places. 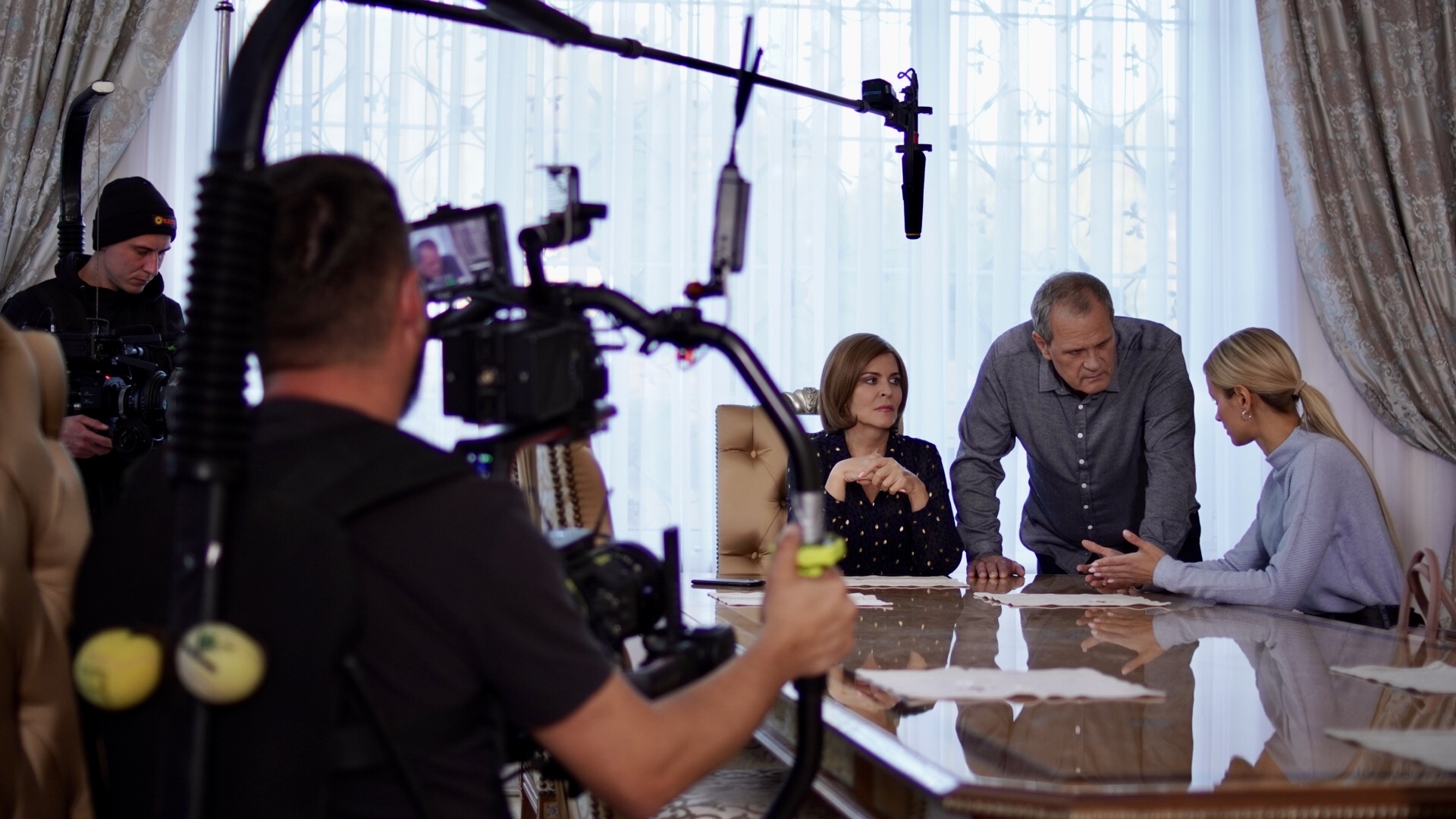 – In one of your interviews, you said that historical roles are a gift for an actor, and you dream of playing Princess Diana. What is so fascinating about historical projects for the actors and why are you interested in this particular image?

– Fascinating is the opportunity to immerse yourself in this new, uncharted atmosphere and to try on the absolutely uncharacteristic images for our era. Who are the actors, after all? They’re the children who didn’t get to play enough in their childhood (Laughs, – Ed.). When you put those suits on, you even start to feel different, you have a different posture, and sometimes I think even your voice changes. Therefore, such projects are, indeed, always a gift.

As for Princess Diana, I am primarily interested in her as a person. Despite all the drama, she has a very interesting life story. Which is also still shrouded in mystery. Some love her, others criticize her. And that’s what’s always interesting – when a person has some completely contradictory qualities. I’d be very curious to work on that image.

– Some of your colleagues note that it is impossible to get away from yourself when playing a role, and the character is still given some personal qualities of the actor. What is your opinion of this?

– I am absolutely convinced that this is the case, because when playing a role,  we still reproduce all our emotions and experiences from within. To be honest, at the beginning of my professional journey, when I needed to quickly adjust and immerse myself as an actress in some vivid, intense situation, I even used to remember some events in my life or tried to fantasize something about my personal life. Now I’m able to stop abusing this, and I’m trying to work on the script not by projecting it directly into the real world, but through the prism of empathy to my character.

At the same time, I believe that every human being has both positive and negative qualities. It’s just that they all manifest themselves to different degrees. And so when you have to play a jerk, for example, you still get those emotions from inside you. Even if you haven’t acted exactly like your character did in your life, you still have some things to be ashamed of. And by building on that, by fantasizing something else, you can give your hero the necessary emotion. 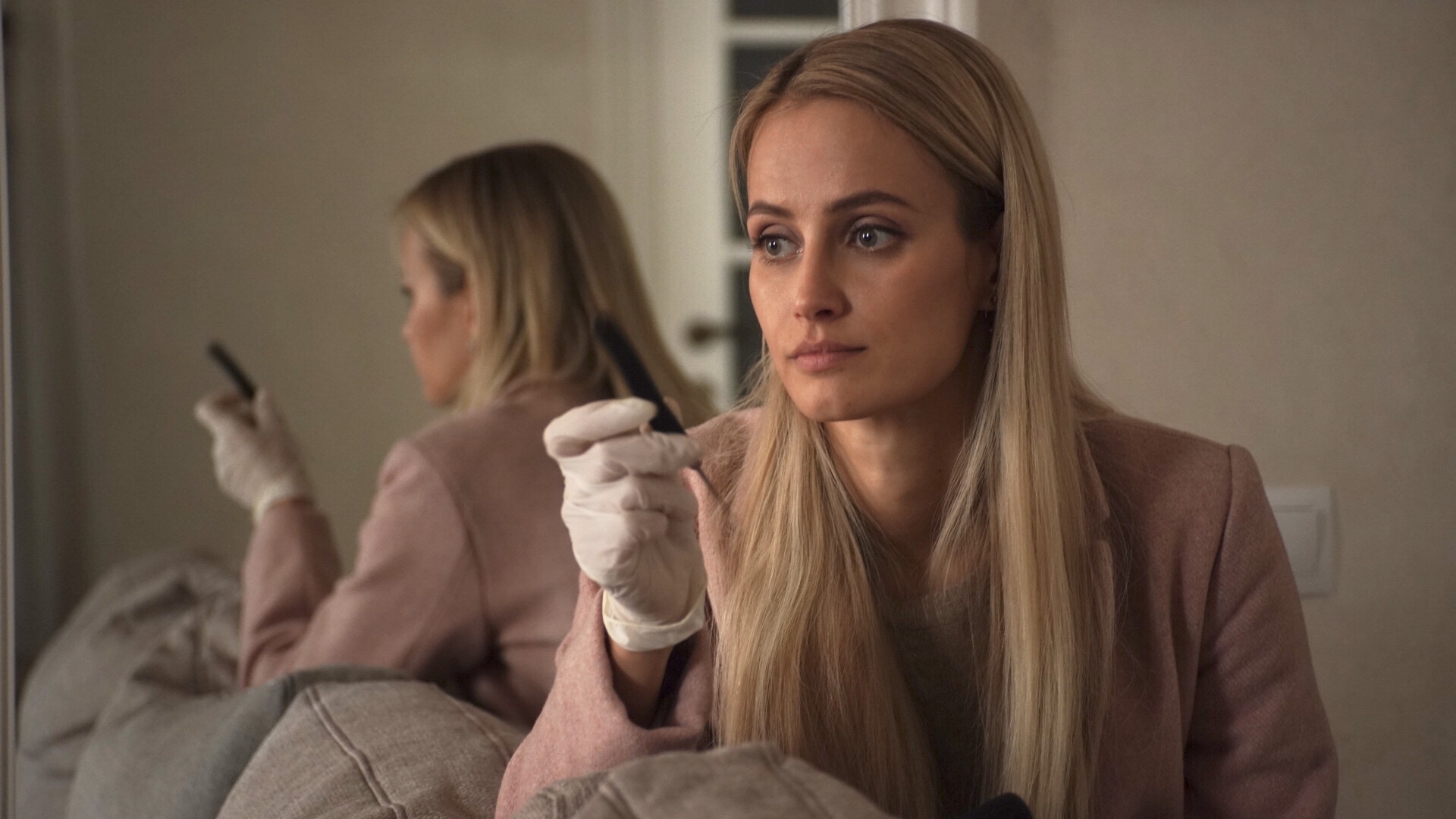 – You’re very active with the audience on social media. Is audience feedback important to you?

– Each actor’s soul is warmed by a round of applause in the theater or by feedback from the audience after the movie has been watched. And of course I like it too when people write some words of support and so on.

But at the same time,  I am a little upset that, because of some permissiveness in social media, at times some also allow themselves completely unfounded rudeness. Even if you’re posting some cats instead of your photos. To be honest, I used to be a little more sensitive about it, but not anymore. Besides, a lovely little «block» button exists… (Smiles, – Ed.).

– Who is your main critic? Who do you listen to in your work?

– These are probably my teachers from GITIS – two masters of the course: Mikhail Ivanovich Filippov and Mikhail Zakharovich Levitin. To me, their opinion always has authority.

If speaking about criticism in general, I’ll say this: I’ve been taught since I was a kid that when you criticize someone, you always have to offer something. If you see an inaccuracy – help, tell what would be better… I’m always open to that kind of dialogue.

We will remind you that the production of the series by Kyivtelefilm Film Company is carried out on the order of TV channel «STB». The film is scheduled to premiere in February of this year.

Read more about the script and the acting ensemble in the article: 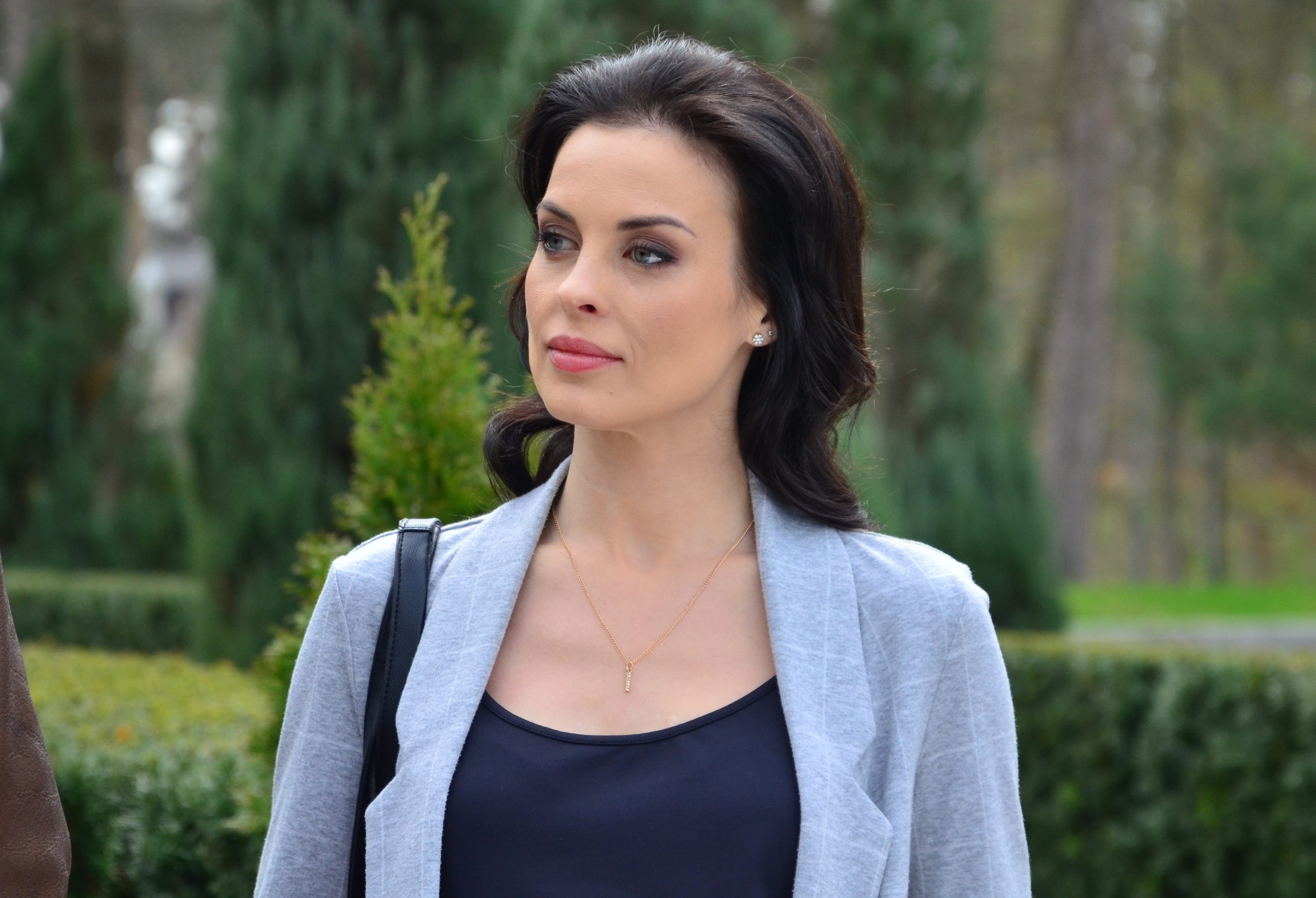 On the 17th of January, the action-packed series «Provincial» will air on the TV channel «Inter». The complete cycle of […]